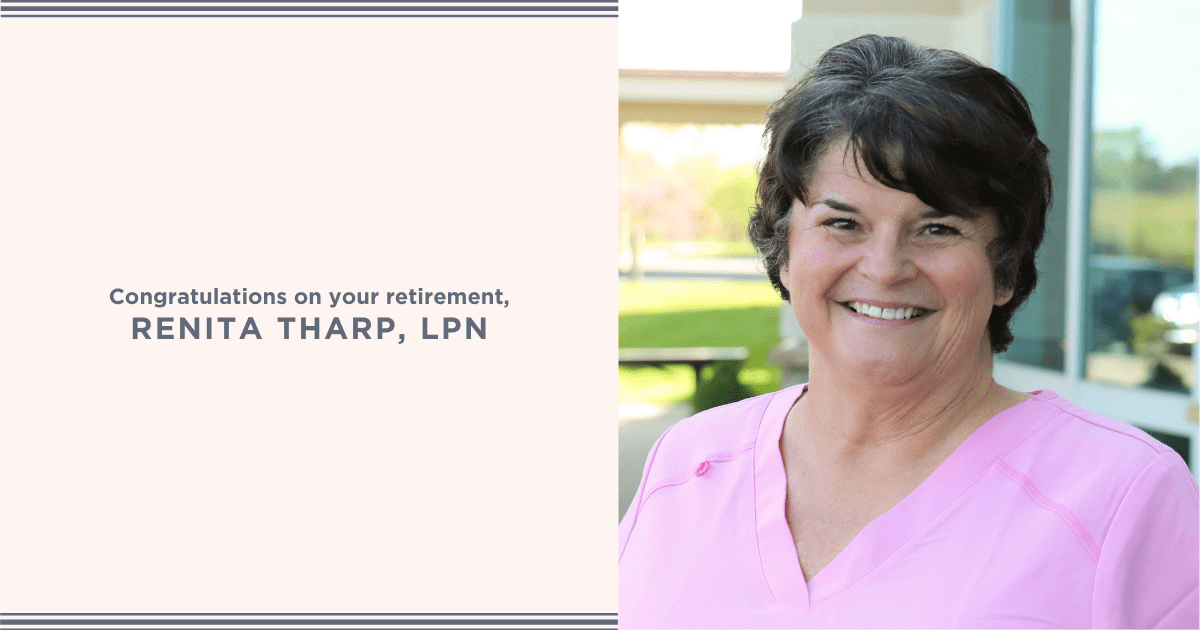 Congratulations to Renita Tharp on Her Retirement

Renita Tharp, LPN, will be retiring on November 19, 2021, after twenty years of service with Amberwell Atchison and forty-two years in the nursing field. Renita was assigned to be Dr. Eplee’s primary nurse when she was first hired by Amberwell twenty-nine years ago. She stayed with Dr. Eplee when he moved to private practice for several years and then when he rejoined Amberwell in October of 2012.

“I remember the day that I was assigned to Dr. Eplee as his primary nurse—it was at the Ramsey Medical Building,” shared Renita. “I got called into the office and Dr. Eplee told me that I would be his nurse. I was a little nervous, but we made it through many ups and downs over the years and I’m so thankful I got the opportunity.”

Renita’s favorite memories of her time at Amberwell Atchison include taking care of patients and the friends that she’s made in the Atchison community. “I have enjoyed taking care of patients,” said Renita, “some for many years and generations of families. I do not live in Atchison, but I have always felt part of the community. I have made many friends, some of which will be for a lifetime. It has been great to watch the organization grow into what it has become and what it is becoming.”

In her retirement, Renita and her husband plan to travel more and at their own pace. She is looking forward to attending the sporting events of her great nieces and nephews. Renita is excited to explore new hobbies and revisit some old ones. “I want to have a little garden and grow more flowers,” she said. “I used to sew and craft, and now I have time to do that if I want to.” Most of all, she is looking forward to spending summers at Big Lake full time.

Thank you, Renita, for your many years with Amberwell Atchison. You will be greatly missed by your patients and your colleagues. Best wishes in your retirement years!